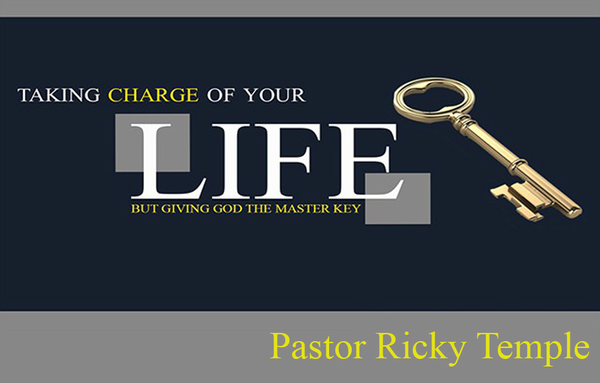 1. January 2015: What Happened To Me? This series looks at the question: When you look in the mirror are you the person you imagined you’d be? If not, what happened?

January 4: What Happened To Me And My Dream?

January 18: What Happened to Me and My Dream? (My Viewpoint Hindered Me)

January 25: I Never Imagined This Would Happen To Me

2. February 2015: Rerouting Your Financial River: This series looks at "What Happened to My Money". There are four major adjustments you must make to change the direction and flow of your money.

February 1: Rerouting Your Financial River (What Happened to My Money?)

February 8: Rerouting Your Financial River Part 2 (What Happened to my Money?)

February 22: Getting Comfortable Talking About Money

3. March 2015: What Happened To Our Families? This series presents five answers to the question in our title, “What Happened to our Families?” Did you invest in the wrong things? Do you have a plan? Are you just off track?

March 1: What Happened to our Families?

March 8: What Happened To Our Families Part 2

March 15: What Happened to Our Families? Part 3: They are Sexually Distracted and Off Track

March 22: What Happened To Our Families (Pt 4): They Did Not Know How To Respond to Failure

4. April 2015: Easter 2015 - 2 part series These two powerful messages will inspire you to rise with Christ and live your life in the purpose God planned for you

April 2015: What Happened to Our Children? This series takes a look at the value of children through God's eyes and will help you improve your family relationships

April 12: What Happened To Our Children

April 26: How Godly Families Can Turn Around A Distracted Generation

5. May 2015: Rethink Everything This series will help you see what to do about What Happened To You. It's time to rethink everything in your life.

May 10: Rethink Your View and Approach

May 17: Rethinking Why You Are Here

May 24: Rethink How You Talk to God

May 31: Rethink Where Your Life Is Going

6. June 2015: Rethink The Road You Are On This series helps you see what road you are traveling and asks the question, "Are you on the right road?"

June 7: Rethink the Road You Are On (How Families Get on the Wrong Road)

June 14: Rethink the Road You Are On (Is Your Love Life On The Right Road?)

June 21: Fathering on the Right Road (Let's Talk About the Father Factor)

7. July 2015: Rethink How We Fight This series will help you know when and how to fight the way God intended.

July 5: Rethink How We Fight (Fight the Right Fight)

July 12: Rethink How We Fight (Fight the Right Way)

July 19: Fight With the Right Definition

July 26: Learning to Fight From A New Place

8. August 2015: Join Pastor Ricky Temple by studying Nebuchadnezzar's bad harvest and our own wrong attitudes as he continues to challenge us to ReThink How We Fight.

August 2: Fighting a Bad Harvest (What have you planted in your life?)

August 16: Fighting a Bad Harvest Again (Passing Your Harvest to the Next Generation)

August 23: Fighting With The Right Attitude (How Has Your Attitude Affected Your Life?)

August 30: Questions That Confuse You In Life

9. September 2015: Have you ever been confused on what to do? Did you respond with cultural solutions? Join Pastor Ricky Temple in a revival series, "What To Do When You Don't Know What To Do."

September 2: What To Do When You Don't Know What To Do (Check Yourself)

September 3: What To Do When You Don't Know What To Do (Check Your Fire)

September 4: What To Do When You Don't Know What To Do (Check Your Options)

September 2015: Being bedroom blind takes you out of God’s perfect will for your life. Together let’s learn how to combat bedroom blindness.

September 6: Fighting Bedroom Blindness (Are you blind or blessed?)

September 20: Bedroom Blind Children (It Does Not Stop With You)

October 4: Taking Charge of Your Life (How Far Will You Go?) : In this sermon, Pastor Ricky Temple challenges listeners to ask themselves, "How far will you go?" Are we as a body of believers willing to go and spread the gospel to the masses if God has called us to it? It is time to take charge of our lives and our futures! Taking Charge of Your Family's Gumbo: How have you contributed to the taste of your family gumbo? Are you a good relationship cook? Join Pastor Ricky Temple over the next few weeks as he teaches on "Taking Charge of the Family Gumbo."

October 18: It's Time to Decide

11. November 2015 :  Is God really a part of your plans? Join Pastor Ricky Temple in Part 1 of his new series, "Taking Charge of Your Life, but Giving God the Master Key."

November 8: Taking Charge of Your Life But Giving God The Master Key (Part 1)

December 6: When is the last time you saved (helped or delivered) somebody? Join Pastor Ricky Temple in "Take Charge and Save Somebody."

December 20: What season are you in, and how much time do you have in this season to take charge? Enjoy "Take Charge in the Right Season," a message by Pastor Ricky Temple.